I know that, as members of the Elite CX Team, you’ve been sowing your seed and waiting in faith for news of Mission 3 status.

As you know, our goal was to receive enough contributions by Dec. 15, 2016, to purchase a second Citation X at a greatly discounted price of approximately $17 million. Though we did not reach our intended goal, in the last two months the vision has grown clearer and we have received more direction from the Lord.

The reason for acquiring a second Citation X was to double the travel capacity we now have with the current one: to be able to carry twice as many people and twice as much cargo while, at the same time, going in two different directions to minister. In addition, a second Citation X would multiply ministry efforts of other ministers as directed by the Lord.

Brother Kenneth and I have had numerous discussions regarding this, and together we’ve asked the Lord, why the missed opportunity? After much prayer, we realized what God was doing.

The first thing Brother Kenneth sensed was that God had shut the door for good reason. In meeting with the Citation X management, we learned that the airplane we had been offered would soon need a substantial upgrade to the avionics that the FAA will require on all overseas flights in the future. That would have been a major expense!

We continued to pray, standing and believing for God’s wisdom in the situation, and on Feb. 1, at 11 a.m., the Lord spoke to Brother Kenneth saying, You’re believing for the wrong airplane. The Citation X is too small; you have already outgrown it. The second Citation X will come, but at a later date.

Brother Copeland said he received a word from the Lord to purchase a different and larger airplane—one with more seating capacity and larger fuel volume.

So, the Lord has shifted our priority to a Gulfstream, which is a larger airplane.

One of the greatest business jets ever designed is the Gulfstream V, also known as the GV. When first introduced, it broke record after record by doing things no other business jet had ever done. It is capable of carrying twice the number of passengers and supplies over twice the distance of the Citation X.

Though the GV has notably been regarded as one of the most expensive jets available, as a result of the current market these planes have become an amazing value. We would have doubled in our ability to minister around the world with two Citation X’s. But here’s the best part about God’s wisdom: KCM will now have three times the capability by operating a Citation X and a Gulfstream V.

With that in mind, I want to share with you something that Keith Moore recently told Brother Kenneth regarding this added direction from the Lord:

Light is progressive. As we move forward, the light increases and the vision grows clearer. Today, we believe we have received additional light regarding how we can move forward in an even greater measure. Glory to God!

With much excitement in our hearts, we are releasing our faith for the perfect GV for this ministry and for the remainder of this harvest to come quickly. I am glad that God always has a much greater plan than we realize. He knows what we need better than we do. When we trust Him, He can bring it ALL in, and under budget, too!

As of today, contributions by Elite CX Team members like you total about $6 million. Thank you for what you have already sown—through prayer and your finances. For about $11-$12 million, we can purchase a low-time, top-of-the-line Gulfstream V, and put it into service immediately.

Many of you made commitments to Mission 3 to acquire a second Citation X, and a number of you have already completed, or sown beyond the initial $1700 pledge. We are grateful to God for your support. We believe that, as funds continue to come in, we will have what we need to purchase the Gulfstream V. We encourage you to continue to believe that our God meets ALL your needs according to His riches in glory, in Jesus’ Name, according to Philippians 4:19.

I know that for every Elite CX Team member, the Lord will send a blessing on your barns and on everything you put your hand to. The Lord your God will bless you in the land He is giving you (Deuteronomy 28:8). And we know that in all things God works for the good of those who love Him, who have been called according to His purpose (Romans 8:28).

I’m so thrilled to be part of a team that steps up for special projects for KCM, enabling them to take Jesus to the world. As Partners, we all know how great it is to have the same reward coming to us as KCM does for the millions of souls that have been won and the many more that will be won through this ministry and other ministries we put in the air!

Brother Kenneth asked that I pass this along to you all: Isaiah 58:14 says, “Then shalt thou delight thyself in the Lord; and I will cause thee to ride upon the high places of the earth.”

Together, we declare that our Gulfstream V is here and that the Citation X is ready to fly—anywhere, at any time the Master says, “Go!” In Jesus’ Name! 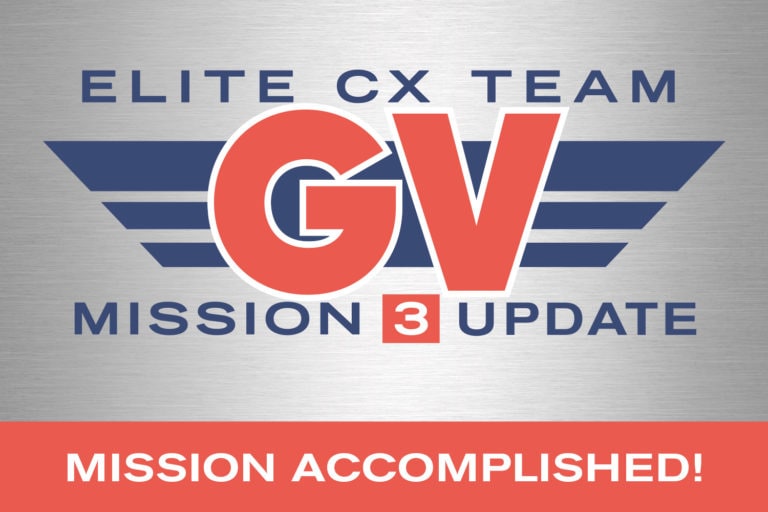 Happy Thanksgiving to our CX Team!